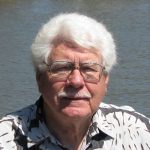 Dr Gary Greene is a marine geologist/geophysicist specializing in seafloor mapping, geohazards assessment, and marine benthic habitat characterization. Gary obtained his undergraduate degree in paleontology at Long Beach State University, a Master of Science degree in geophysics at San Jose State University, and a PhD in marine geology at Stanford University. He was a research geologist at the U.S. Geological Survey for 28 years after which he retired to become the Director of Moss Landing Marine Labs where he established the Center for Habitat Studies and taught geological oceanography and marine benthic habitat mapping techniques for over 12 years. Presently, Gary is Director of a small research institute on Orcas Island called Tombolo that is partially supported by the SeaDoc Society and private donors, and is a Research Scientist at Friday Harbor Labs of the University of Washington. For the past 30 years Gary has been mapping the seafloor of Alaska, California and the San Juan Archipelago including British Columbia, Canada for the purpose of characterizing benthic habitats, extending land and island geology to the offshore, and assessing marine geohazards such as identifying and mapping submarine landslides, tsunami generation sites, and active faults.

Geology Makes a Difference – Canyons, Faults, and Glaciers as Main Components in Marine Benthic Habitat Characterization
Oceanographic processes are one of many factors that control marine ecological environments. These processes are complex and on the seafloor are dependent upon circulation pathways controlled by geomorphology. However, other natural factors such as depth, nutrient sources, temperature, current strength, predator-prey relationships, refugia, recruitment areas, to mention a few, are all critical in the formation and maintenance of healthy marine benthic habitats. But the one major deterministic component of these habitats is geology. Geology and geologic processes “set-the-stage” for habitats and their ecological associations. For example, submarine canyons, gullies, and faults are features that play a major role in sourcing and transferring nutrients, providing hard and soft substrates for biological attachment and burrowing, and for concentrating the food web from plankton to the largest marine mammals. Glacial moraines, eskers, dead-ice banks and fiords also influence these processes and provide good benthic habitats. The role that canyons, faults, and glaciers play in habitat characterization will be discussed from a west coast North American (NE Pacific) perspective using Monterey Canyon, the San Juan Archipelago, and the Queen Charlotte-Fairweather transform fault system as examples. In addition, as Australia generally lacks glacial features, emphases will be placed on submarine canyons, which predominate on the shelf and slope of the continent, and the critical benthic habitats they provide will be examined in light of canyons along the west coast of North America. 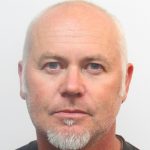 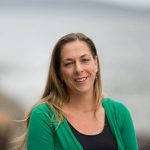 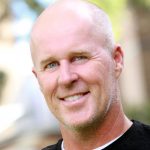